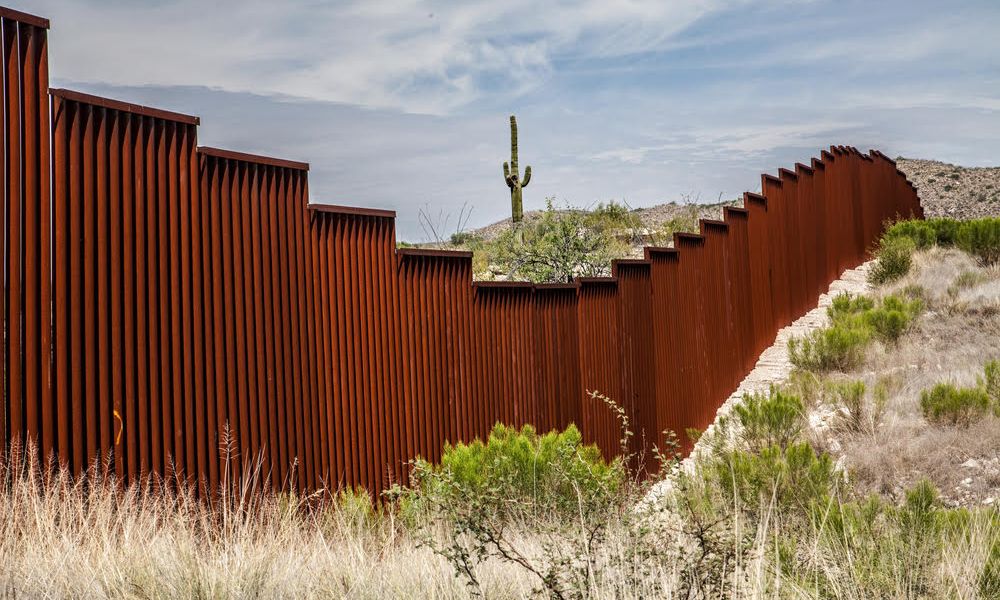 Behind the cameras: A view from Mexico’s fixers

Proposed border walls, a war on drugs and illegal immigration; Mexico has barely been out of international headlines this year. As international media outlets clamour for a piece of the action, fixers and journalists in the country are busier than ever.

We have all seen stories of gun violence, desperate migrants and family separations play out across headlines and news bulletins, but what is it like being at the heart of this never- ending news cycle?

“We will build a great wall”

The election of US President Donald Trump in 2016 propelled Mexico into the headlines. His pledge to build a wall along the Mexican border, greeted in horror by some, glee by others, has sent newsrooms into a flurry.

“The joke amongst us journalists here is we love Donald Trump!” says Mexican Fixer, Ulises Haro.

“Obviously we hate his policies, but every time he opens his big mouth there is something new to cover.”

Indeed, Trump has been vocal about his plans for the border, and his speeches provide some great soundbites.

“I will build a great, great wall on our southern border, and I will make Mexico pay for that wall. Mark my words,” pledged the president.

As the reality of financial and construction complexities weighs in, many are questioning whether Trump’s dream will be realised.

“Nobody in the region actually wants the wall; not the border staff, the local authorities, land owners; and we are yet to see any concrete evidence the wall will actually be going ahead,” states Haro.

Republican Mayor of El Paso, Dee Margo has been vocal in his rejection of the wall.

“We have a fence here. The fence is fine. It does what it’s supposed to do,” Margo said.

“The rhetoric on the wall is ridiculous.”

This has not stopped the international media salivating. Every news editor wants answers. How will he build it? Where will it go? Who will be affected?

One recent documentary, The Wall, follows 82 journalists as they travel along the 2,000 mile border, dissecting the issues encountered along the way. The film, released in April this year, reveals the sheer scale of the area and the multitude of different cross-border relationships which exist all the way along.

“As the number of people crossing the border rises, we have definitely seen a surge in the number of news agencies coming here,” says Haro.

“I have worked for many international media organisations, they are all desperate to get the human stories.

“I have seen an increase in the number of foreign organizations coming here, particularly British and French agencies” he reflects.

Mexico’s southern border with Guatemala has also become a focus for US-Mexican relations.

Last week, Mexico sent hundreds of police to its southern border as a caravan of thousands of Central American migrants, fleeing from violence and poverty, approached from Guatemala.

Mexico is under increasing pressure from the US to tighten security on illegal immigration.

However, NGO’s have warned Mexican authorities away from such measures.

Erika Guevara-Rosas of Amnesty International said in a statement: “Mexican authorities should not take a Trump approach treating people like a security threat.”

“These families deserve dignity and respect to ensure that no one is illegally returned to situations where they could risk serious harm due to violence.”

Many migrants from Guatemala, El Salvador and Honduras have fled danger, forced gang recruitment and dismal economic opportunities, where murder rates are amongst the highest in the world. According to UN figures, Honduras stood at 63.75 deaths per 100,000 in 2015.

Indeed, while such stories continue to attract clients for our fixers, working on the front line of this never-ending news story takes a toll on them.

“Dealing with this everyday can be disheartening, particularly when there seems to be little change in the situation,” reflects Haro.

Indeed, Haro’s jests are replaced with a more sombre tone when he discusses the realities at the border.

“It is a humanitarian crisis, there is no other word for it. These are desperate people, coming from across the world, hoping to cross into the US and forge a better life for themselves.”

“This is a part of my work I do not relish,” he added.

The world bore witness to such crisis earlier this year when separation of migrant families, with children torn away from their parents were revealed. Since then, the White House has pledged to end such treatment, but the images of children incarcerated in tiny cages are not easily forgotten.

It is not just the border wall which has enticed the press to Mexico; crews have been sent from across the globe to capture the violence engulfing the country’s war on drugs.

Mexican drug cartels dominate the wholesale illicit drug market, responsible for 90% of the cocaine entering the United State. By 2017, 200,000 people died in the conflict with another 30,000 missing.

Mexico’s war on drugs has been repeatedly examined by the international media. Programmes including the BBC’s “Mexico’s Drug War, Sky’s Narco State, and “Cartel land” from American director Matthew Heineman, have propelled the world’s fascination with Mexico’s meth labs and smuggling tunnels. 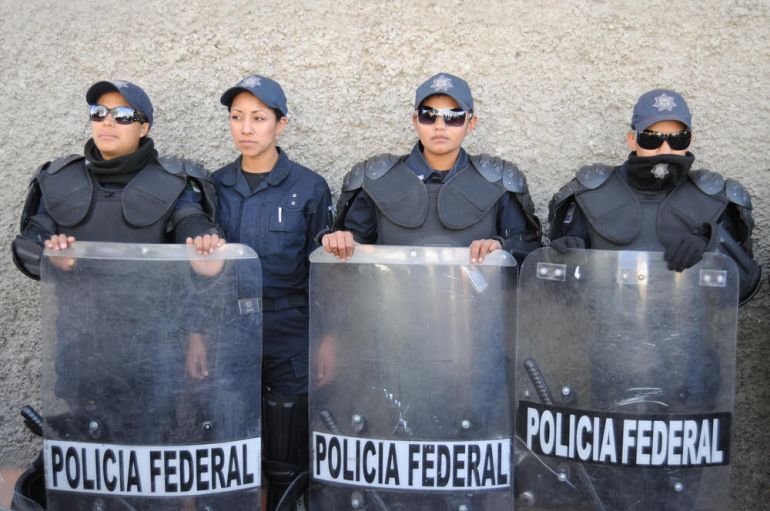 Since 2006, when newly elected President Felipe Calderón dispatched 6,500 Mexican Army soldiers to Michoacán, the Mexican government has battled against drug cartels. The conflict has been riddled with allegations of government corruption, kidnappings and homicides.

While Mexico’s turbulent drug war may have drawn in clients for Haro, he is under no illusion his is a glamourous profession.

“I enjoy my job, I enjoy seeing new things, meeting all sorts of characters, the good guys, the bad guys, but I am tired of the drug related violence, communities have been broken and industry is being destroyed in Mexico,” he lamented.

The drug war is not what he wants for his country.

Fixers and journalists must also contend with the danger’s their profession presents. Over the past decade, at least 74 journalists have been killed in Mexico and many more have been threatened or attacked. Extortion, attacks on media offices, kidnapping, and torture have also been widely reported, much of this attributed to drug cartel violence.

In March 2017, Miroslava Breach a correspondent for the Mexico City based La Jornada newspaper, who had reported on local crime groups, was shot at least four times as she left her house to take her son to school.

Several months later Javier Valdez Cárdenas, editor and cofounder of Riodoce, a weekly investigative journal chronicling organized crime and politics, was dragged from his car and shot after leaving his office.

The assassination of Mario Gomez, a correspondent with El Heraldo de Chiapas in Yajalon, in September, was the 9th Mexican journalist to be killed this year.

“Sometimes international clients do not understand the relationship between the media and crime groups,” reflects Haro.

“I think many think I can just knock on the door of a cartel leader and request he works with me!”

Indeed, other fixers have reported similar experiences. Another fixer based in Tijuana, Jorge Nieto described journalists’ dismay that he was not personally acquainted with the city’s local drug cartels.

The beginning of the end?

“Our country lives in a partisan way, we lack unity, this needs to be changed” says Gonzalez.

The election of a new president Andrés Manuel López Obrador (AMLO) has brought hope for change. AMLO, a left wing populistm, is due to take office in September and has pledged to clear up Mexico’s turbulent politics.

The president elect claims he will demilitarise the governments approach towards the cartels, declaring, “We cannot solve these violence problems with an iron fist and with more prisons.”

AMLO has divided political opinion, many adore him, others question his ability to deliver.

Nevertheless, Obrador has a big task ahead. Tackling illegal immigration along both borders and confronting the country’s drug cartels will be no mean feat. Previous presidents, Peña Nieto and Calderon failed miserably, will AMLO succeed? The world will have to wait and see; meanwhile, our fixers and journalists will be waiting with the camera rolling.