Nigeria’s general election takes place this month. Economic growth, security concerns and eradicating corruption have been central to each candidate’s campaign; but what do the electorate want? And can any of the candidates deliver on their promises?

On the 19th February Nigerians will go to the polls to elect their next president. Officially there are over 30 candidates vying for the leadership position, however most agree this election is a two-horse race between the incumbent Muhammadu Buhari of the All Progressive Congress party, and the People’s Democratic party candidate, Alhaji Atiku.

“As far as people are concerned the election is about these two candidates,” states Nigerian based fixer, Samuel Olukoya

“The political parties themselves are insignificant; party members have migrated back and forth across party lines, it is the profile of these two men which concerns Nigerians.”

On paper the two frontrunners are hard to differentiate. Both are seasoned politicians, having occupied senior positions in previous administrations, both have been embroiled in their fair share of corruption scandals, and both have pledged to resolve Nigeria’s violent internal armed conflicts and economic woes.

Buhari and Atiku are familiar faces in Nigerian politics. Buhari served as the country’s head of state between 1983 and 1985 after seizing power in a coup d’état. In 2015 he returned to power, defeating Goodluck Johnathan, the first time an incumbent president had lost to an opposition candidate in a general election in Nigeria. Atiku has also had his share of the limelight, serving as Vice President from 1999 to 2007.

Poster of Nigeria’s President Muhammadu Buhari and his running mate, Yemi Osibanjo in the streets of Lagos as he seeks re-election. Image by Obaji Abung-Akpet

Tackling armed conflict and insurgency is a preeminent concern for the Nigerian electorate. When Buhari assumed the presidency in 2015, he pledged to restore security, however the country has seen little improvement during his tenure. Conflict has escalated in the north of the country where Boko Haram continues its offensive against civilians, while in central states like Benue, violence between herders and farmers has claimed over 1,300 since January 2018.

“Those who remembered Buhari’s past record of discipline thought he may take an equally hard-line approach to insurgency,” says Nigerian Fixer and producer, Obaji Akpet.

Akpet has operated as a journalist and film maker in Nigeria for several years, working with national media outlets as well as international organisations including Al-Jazera and Filmrya.

“However, Buhari is now criticised for his slow handling of militant violence,” Akpet reflects woefully.

Taking six months to appoint his cabinet and relocating to London due to an undisclosed illness, Buhari has been slow to push back against militant groups. Government forces charged with tackling insurgency have gone through five leaders in two years, and in November last year, 100 soldiers were killed in just two days. The president claims action simply requires more time, but is this enough to convince voters?

Freedom of the press is also a concern, particularly for fixers, journalists and producers operating in the country. Nigeria has a vibrant and varied media landscape, with several outlets outspoken in their condemnation of government policies. In fact, over the last few years, courts have expanded legal protections for journalists.

“There have been violations of rights of journalists by military and even deaths of some. I personally have been assaulted on several occasions,” he says.

Indeed, Freedom House, an independent watchdog monitoring freedom and democracy around the world, has also expressed concern over detention of journalists and attacks on reporters in recent years.

Online freedom has also been curbed by the 2015 Cybercrimes Act which has been used to prosecute bloggers criticizing government officials and business elites. Media professionals in Nigeria concerned for media liberty will be watching these elections intently.

The economy is also a major concern for voters. Again, Buhari economic management has attracted criticism. Nigeria has suffered a painful recession under his watch, with the country’s economy contracting 1.6% between 2016 and 2017, leaving ten million unemployed.

“Under Buhari, Nigeria witnessed the worst recession in the country’s history, the situation has been seen as unavoidable, but it has also shown this government’s inability to tackle the crisis,” says Akpet.

Lagos based freelance journalist, Samuel Okocha, agrees the next administration must invest more in the economy.

“Unemployment is still a major problem, there are concerns schools aren’t preparing students for the modern job market. Right now, university lecturers are on strike over poor funding issues,” he says. 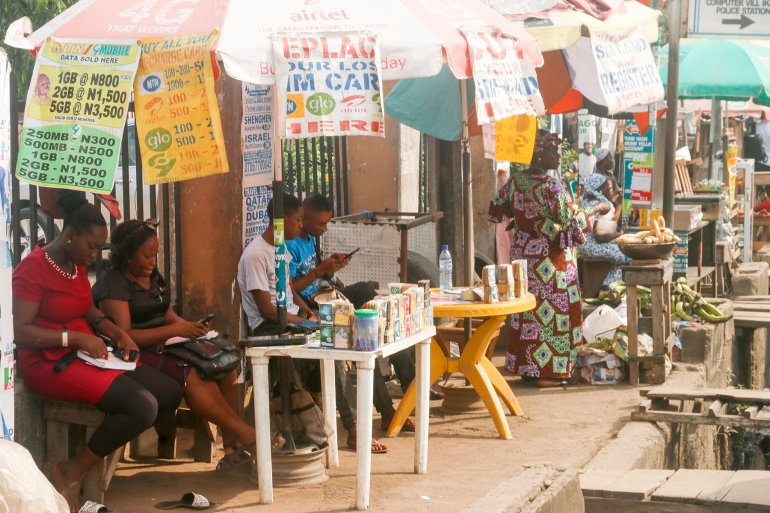 Opposition candidate Alhaji Atiku has promised sweeping economic change, promising to lift 50 million Nigerians out of poverty and create three million jobs a year. This will be no mean feat. Crude oil sales account for 70% of government income and diversifying away from petroleum will involve rigorous structural change.

However, investment has been slow.

“This government has not supported private sector developments and has not done much to empower SMEs in the country. This has been detrimental for media production projects too,” says Bolade Kingsworth, CEO of production company, BK Productions Nigeria.

Yet, underlying conversations about the candidates are concerns for the elections themselves. Previous elections have been marred by violence against voters and accusations of ballot rigging, and many going to the polls question the legitimacy of the process.

“The truth is, with past experience, people are scared their votes won’t count,” reflects Apket.

However, Okocha is more optimistic.

“Nigerians have a way of moving on quickly, past election violence would not deter people from voting, I am personally hopeful,” he says.

Elite youth take to the street of Lagos to preach peaceful conduct of the election. Image by Obaji Akpet

Nigeria is Africa’s largest economy and most populous country, its film industry is flourishing, and other sectors are expanding rapidly. The country has a bright future ahead but is impeded by economic insecurity and internal violent conflicts.

“Whoever is elected will need to unite Nigeria, religious and ethnic motivated violence, and the slow economy are affecting citizens across the country.” says Samuel Olukoya.

Navigating Nigeria’s future demands strong leadership; whichever candidate triumphs on election day has a tough job ahead, and the world is watching.

To see more from fixers and journalists operating in Nigeria, visit World Fixer